The head of the team, Markku Mäkelä, started his motorsport career in the 1980’s in Finnish folk racing but soon decided to switch to rally with his wife Jaana Mäkelä. They drove together for many years, Markku as a driver and Jaana as his co-driver. They were also quite successful. They have several class and overall P1 trophies in the shelf from all over Finland. A memorable moment for Markku was when he attended the Neste Rally Finland in 1999 with a Lada Samara even if the rally ended up in DNF. Jaana on the other hand was Northern Finland championship second in ladies class when she was behind the wheel herself. At the turn of the millenium Markku bought a group A Escort Cosworth which he dorve for few years. At this point the children were at the age that he had to decide wether he will use his time to the kids hobby or his hobby. Kids were his choice and we’re still on that same road! 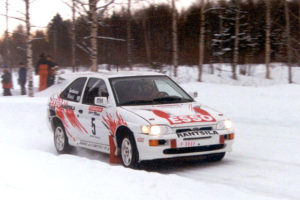 Miikka and Milla Mäkelä started in karting at quite a young age, Miikka at 5 and Milla at 4. They both went up all the way from Cadet to Yamaha. The most busiest summers were when Miikka had a race in Mini class on 19 weekends during the short summer of Finland. Of course Milla was also with them in some races with her Cadet. When it was time to move up to more demanding classes also technical wise one dad had a hard time to maintain two cars. Due to this Miikka and Milla both learned already early on that if you want to race, you have to take care of your car also yourself. The schedules were on the tightest when Milla was driving in Yamaha junior and Miikka in Yamaha. The starts were after each other and when Milla finished in the top 3 she had to start disassembling the engine for the scrutineering by herself so that Markku could follow Miikkas race. Of course Miikka had to do the same so that Markku was able to help Milla getting the engine back together. Either one of the sibblings did not attend any series in karting for they switched to Formulas as soon as they hit the age of 16. 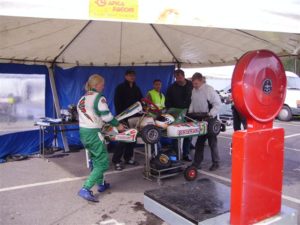 Miikka started in Formula Ford in 2006 with a Van Diemen RF97 which was bought from Austria through Ebay semi accidentally. The team had very little knowledge about formula cars, but with the help of more experienced teams they got the hang of it. After several lessons learned after mistakes the knowledge started to be on a good basis. In 2008 another semi accidental investment was made when the Comtec Formula Ford factory was auctioned in England. Markku bought the factorys two cars and all the appliances with a very reasonable price and so the team started as a Formula Ford manufacturer. Wow. Since 2009 Mtec has won several medals and titles in the Finnish Championship, North European Zone Championship as well as in Eurocup. The whole family is still all into motorsport and the team is going forward without any signs of slowing down!