Third round of FinRX Corsskart series was driven on 20th July at Joensuu. Mtec Tigers were strongly presented with 5 cars altogether. Three drivers in Mini class and two in 85cc class.

In the Mini class Kasperi Ahonen and Oliver Latomäki took convincing heat wins and good positions in their own qualifying heats. Joanna Ylilammi has gained a lot of speed with her new Mtec Tiger and drove good heats among the other 18 mini class drivers.

Kasperi Ahonen topped the day with a P3 in the Final heat of the Mini class. Oliver Latomäki crossed the line convincingly in the midpack of the first final heat. Joanna Ylilammi also drove a solid heat in the second final, and they all got to celebrate on the podium with all the Mini drivers!

Both drivers in 85cc made it straight to the A final as Niko Kinnunen was 4th and Joonatan Ylilammi 5th in the Qualifying results. The boys didn’t get the perfect start to the final, so the front runners got a bit ahead. They finished the heat Niko in 6th and Joonatan in 8th place, so lots of points in the bag for both of them!

Next up FinRX Round 4 at Hyvinkää on 25th August. 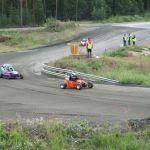 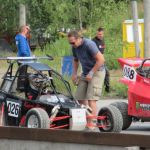 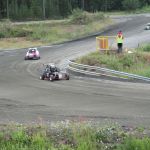 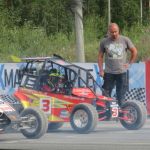 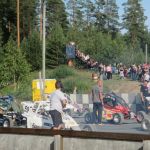 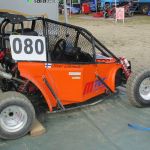 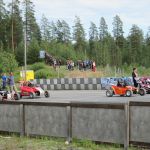 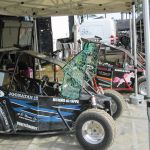 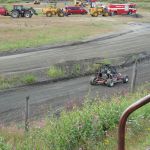