The debut season for Milla in V8 Thunder NEZ has gone almost exactly according to the plan. The team missed the season opener in Riga as the plan was locked up so late. The goal for the rest of the season was originally to gain experience and get comfortable in the new car. The expectations were exceeded as Milla is now just three points away from the Bronze medal of the championship when there’s only one more round to go! 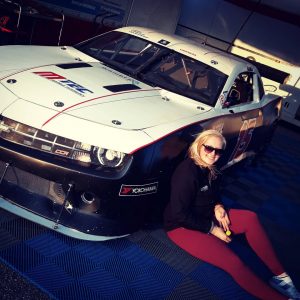 “We started the season with the thought to gain mileage in the car and prepare the team and myself for 2020 season with a low budget. The goal for our first round was to be in top 5 and we were. We went to Pärnu hopeful for a podium finish and we got P3 in Race 2.Now that we were able to stay on the podium in Kemora last weekend with another P3 the season has been a lot better than we expected! Also we got the second highest points from Kemora, so we’re really happy with the weekend.” Milla sums up the season so far. 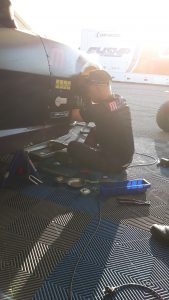 Though the driving and races have gone to plan, but the team hasn’t had it easy with the car. One major issue has been with the brakes. Milla still has the older version of brakes in her car. They are a bit smaller than the new version which everyone else in the series have. The car does stop just as well with the small brakes as with bigger brakes, but the heat is a lot bigger issue than it was predicted to be.

“The small brakes over heat in the middle of the race. With harder pad compund we got the stopping power to last through the race, but then the brake disc gave up. A brake disc literally exploding in a 180km/h braking doesen’t really add trust to the car. Additionally we have changed parts from powersteering to driveshafts and alternators. We haven’t done a lot for the set ups yet as there has always been some problems when testing.” recaps team manager Markku Mäkelä.

Despite the numerous technical isssues Milla has been able to finish the races and collected a major points catch.

“I must thank my team for the car being always ready for the qualy! Sure the focus and performance might be better with solid test sessions and if you could just drive without having to worry if I can finish the race with this pace or not. But at least we know what to do for next season to gain more speed. There’s a clear pin point on the reliability, so when we improve that with the new brakes we will be a lot faster!” Milla states.

The final round for this season will be driven at Alastaro, Finland on 21st-22nd Sept. 2019. 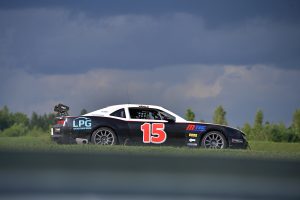 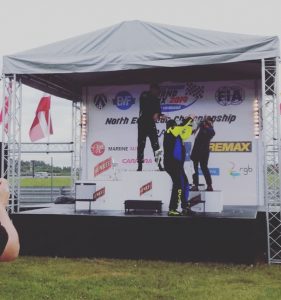 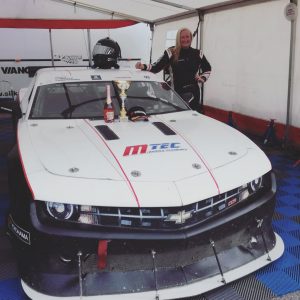